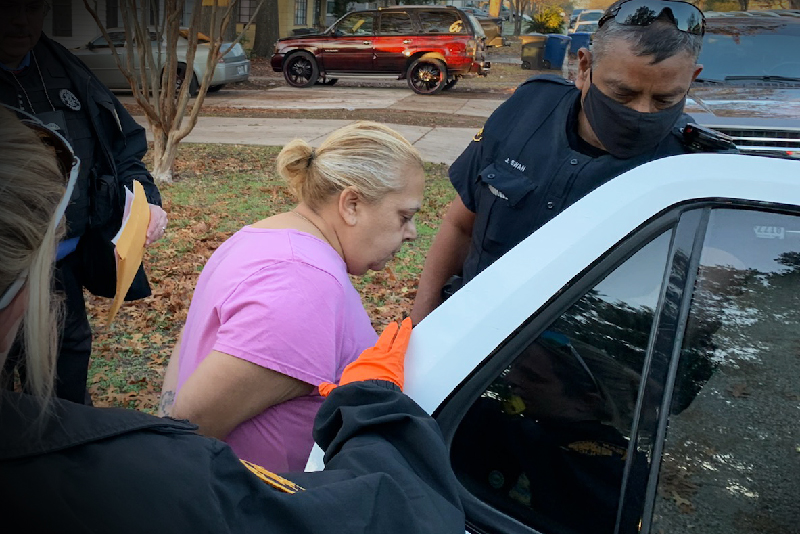 Texas Attorney General Ken Paxton today announced the arrest of Rachel Rodriguez for election fraud, illegal voting, unlawfully assisting people voting by mail, and unlawfully possessing an official ballot. Each charge constitutes a felony under the Texas Election Code. Rodriguez was exposed in a Project Veritas video last fall while she engaged in vote harvesting leading up to the 2020 election. The Election Fraud Division of the Office of the Attorney General reviewed dozens of hours of unedited, raw footage, which led to this arrest. In an uncharacteristic moment of honesty, Rodriguez acknowledged on video that what she was doing is illegal and that she could go to jail for it. If convicted, Rodriguez could face up to 20 years in prison.

“Many continue to claim that there’s no such thing as election fraud. We’ve always known that such a claim is false and misleading, and today we have additional hard evidence. This is a victory for election integrity and a strong signal that anyone who attempts to defraud the people of Texas, deprive them of their vote, or undermine the integrity of elections will be brought to justice,” said Attorney General Paxton. “The shocking and blatantly illegal action documented by Project Veritas demonstrates a form of election fraud my office continually investigates and prosecutes. I am fiercely committed to ensuring the voting process is secure and fair throughout the state, and my office is prepared to assist any Texas county in combating this insidious, un-American form of fraud.”

This investigation is ongoing. Individuals involved in or with knowledge of this organized vote harvesting scheme are encouraged to come forward and cooperate with the Office of the Attorney General.

Attorney General Paxton has secured another major victory for election integrity after the New Orleans-based U.S. Court of Appeals for the Fifth Circuit issued an opinion in favor of Paxton and a Texas law aimed at securing our elections.

Attorney General Ken Paxton issued a Civil Investigative Demand (CID) to the Center for Tech and Civil Life (CTCL) as part of an investigation to determine whether the nonprofit solicited donations under the pretext of protecting voters from Covid-19 while instead using the funds to support partisan electioneering efforts or election oversight roles normally left to state and local officials.