2019 Legislative Session Open Government Update
Back to top of menu
All Divisions
Opinions
Initiatives
About
Contact us
June 25, 2019 | Consumer Protection/Scams 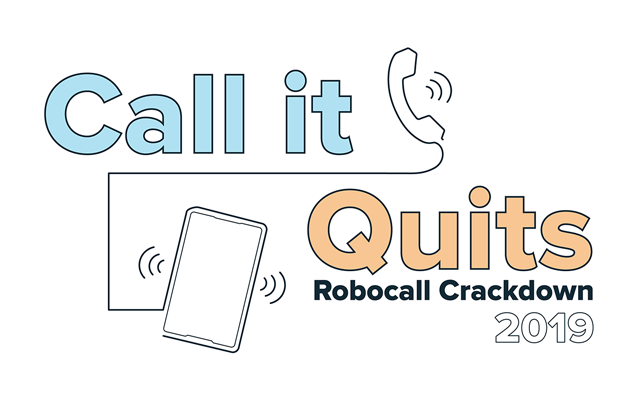 Attorney General Ken Paxton, in cooperation with the Federal Trade Commission, today announced a major crackdown on illegal robocalls, including nearly 100 actions targeting operations around the country responsible for more than one billion calls – pitching everything from fraudulent credit card services to auto warranty protection.

-- It filed a motion in federal court seeking to hold Kevin J. Calvin in contempt for violating a prior court order prohibiting him from engaging in illegal telemarketing practices in Texas. In 2015, Attorney General Paxton’s Consumer Protection Division obtained a judgment and permanent injunction against Mr. Calvin prohibiting him from, among other things, placing any robocalls without the consent of the recipient and calling any Texas resident whose telephone number was listed on the Texas or federal no-call list. Despite the court order, today’s motion alleges that Mr. Calvin continued to make thousands of robocalls to Texas residents, including those on the no-call list.

“Robocalls are an invasion of privacy and most robocalls are illegal. Even worse, robocall scams often take advantage of consumers through identity theft and by stealing their hard-earned money,” Attorney General Paxton said. “’Operation Call it Quits’ represents just one of the many consumer protection and enforcement action cases my office has successfully collaborated on with the FTC in our ongoing effort to protect Texans.”

There’s been a significant increase in the number of illegal robocalls because internet-powered phone systems have made it cheap and easy for scammers to make illegal calls from anywhere in the world, and to hide from law enforcement by displaying fake caller ID information, also known as spoofing.

In October 2017, the Consumer Protection Division was awarded the FTC’s Partner Award in recognition of outstanding work to combat fraud and deception in the marketplace.