The Cold Case and Missing Persons Task Force is an elite group of retired peace officers with extensive experience in conducting homicide investigations. These individuals serve on a voluntary basis assisting the Texas Attorney General’s Office Cold Case and Missing Persons Unit with the review of unsolved homicide and missing persons cases that are referred by local law enforcement agencies to the Unit. The Task Force evaluates cases and makes recommendations to the Unit about possible investigative leads including items of evidentiary value that could potentially be submitted for forensic testing, witnesses who may still be available to interview, possible suspects who may or may not have been identified, records that could still be obtained, and other relevant information that could be helpful to solving the case. The current Task Force Members have between 26 and 40 years of law enforcement experience and completed a comprehensive application and background process. 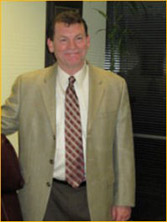 Billy Belk began his tenure with the Houston Police Department as a young officer patrolling the streets of northeast Houston.  In 1983, he was promoted to the rank of Detective/Sergeant and was assigned to the Homicide Division.  For over two decades, he investigated hundreds of homicides, kidnappings and sexual assaults.  Many of these complex mysteries were solved by tireless tenacity and old-fashion investigative instincts.  Billy's extensive investigative experience came from assignments in the Homicide Division's Sex Crimes Unit, Murder Squad, Crime Scene Unit and Cold Case Squad. Working side-by-side with some of the legends in the Texas criminal justice community, Billy forged a mutual bond with prosecutors and criminal defense attorneys alike. For nearly five years, Billy worked in an undercover capacity in the Internal Affairs Division, Proactive Squad, receiving several Chief of Police commendations for his contribution to numerous police corruption investigations.  As a master hostage negotiator, Billy also worked alongside the elite SWAT Team during many special threat situations.  After being trained in DNA technology by the Justice Department, he traveled part-time to teach other agencies about the practical application of DNA technology to local law enforcement communities.  In 2005-06, he was given the difficult task of finding the needed evidence for private DNA retesting of over 500 Post-Conviction DNA cases investigated by the troubled HPD Crime Lab, DNA Section. While working as a police officer, Billy fulfilled his strong passion for law by attending the Law Center at the University of Houston.  Billy earned his Doctor of Jurisprudence in 2002.  He continued to serve with the police department and also practiced part-time in the areas of probate, family, and civil law until his retirement from the Houston Police Department in 2009. 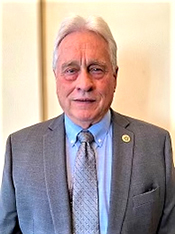 Jim Binford is a native of Houston, Texas. After serving in the United States Marine Corps, and its reserve, he joined the Houston Police Department where he served for 40 years until his retirement. During his tenure with the Houston Police Department, he served in the Patrol Division, Tactical Response Group, SWAT Team, Internal Affairs, Fugitive Apprehension, and 33 years with the Homicide Division murder squads. At the time of his promotion to the Homicide Division, Jim was the youngest detective to ever be selected to the Division and, at his retirement, the longest serving. Along with working several thousand murder cases, Jim taught Homicide Investigations and Major Case Investigations to decades of students at the Houston Police Academy. Additionally, he was a guest lecturer to dozens of outside state and federal agencies along with over 20 years of presentations to colleges and outside law enforcement agencies. Among his many awards and accomplishments, Jim is a graduate of the FBI National Academy and served several years within a joint Federal /State/Local OCDE task force investigating organized crime violence. Jim’s extensive background and success in homicide investigations earned him the nickname “Mr. Homicide”. After retiring, Jim was asked back into service by the Harris County Special Prosecutor’s Office. He was appointed senior investigator of a 5-year investigation involving a Harris County Texas Special Prosecutor’s investigation, investigating wrongdoing within the Harris County District Attorney’s office. 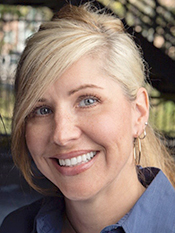 Angel Polansky-Blasingame served 26-years with the Austin Police Department before her retirement in 2021. She started her career with APD as a patrol officer and progressed through the Department working in Austin’s Special Investigations Unit and the Downtown Division. In 2001, she was promoted to detective. Angel has always had a strong passion for homicide cases and knew that was the direction she wanted to go with her career. In 2008, she began her role as a homicide detective and remained there for 13 years where she was able to match her passion with her job to reach her full potential as she conducted hundreds of homicide investigations involving officer involved shootings, murders, cold cases, and numerous high profile homicide cases. In the 13 years that Angel worked as a homicide detective, she was selected to be a part of Austin’s Special Investigations Unit, Homicide Cold Case Unit, and Homicide Unit. Angel received her Bachelor of Applied Arts and Science degree from Midwestern State University. She also holds a Master Peace Officer License and is a TCOLE certified instructor. 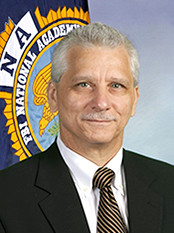 Joe Buttitta has over 38 years of law enforcement experience. Joe began his career with the Houston Police Department where, as a lieutenant, he served in several major units including the Vice Division, Homicide Division, Criminal Intelligence Division, and the Chief’s Command. In 1999 he was selected by the Homicide Division captain to serve as a supervisor in the Homicide Division. In April 2008, Joe retired from the Houston Police Department to accept a position with Texas Department of Criminal Justice – Office of the Inspector General (TDCJ-OIG) as a captain in Investigative Region B. In November 2008, Joe was promoted to Commander and oversaw all criminal investigations that occurred within the Texas prison units or where the Texas Department of Criminal Justice had a legal interest. In February 2021, Joe retired from TDCJ-OIG as the Deputy Inspector General. Over the past 38 years, Joe has amassed an extensive background in conducting and supervising many types of major case investigations. Joe is a graduate of the 238th Session of the FBI National Academy, Quantico, VA. 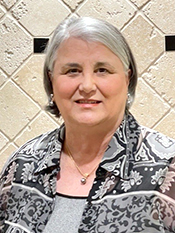 Sharon Durham Evans served 31 years with the Houston Police Department in various units, including the Homicide Division where she investigated hundreds of homicides, kidnappings, officer involved incidents, in-custody deaths, sexual assaults, and domestic violence cases. During her time in the Homicide Division, Sharon served as Sergeant and her many assignments included Major Assaults, Murder Squad, Family Violence and Administration working on special projects. In 1997-99, Sharon was assigned to the Internal Affairs Division, Reactive and Proactive Units where she did extensive undercover work on complex investigations involving police corruption for which she received two Chief of Police commendations. Sharon returned to the Homicide Division where she remained until retirement in 2005. Her career dedication to homicide investigations comes from personal experience involving the loss of family members due to murder and suicide. After retirement, Sharon was a law enforcement instructor at Houston Community College for two years. Sharon was born in Houston and earned her Bachelor of Applied Arts and Sciences from Midwestern State University. In 2006, Sharon founded a not-for-profit therapy dog organization serving hospitals, first responders and the public during times of crisis and she is still active in this service. 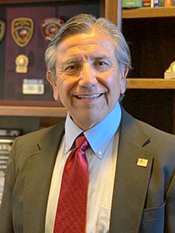 Manuel ‘Manny’ Fuentes has over 44 years of service in law enforcement working for the Austin Police Department, the Texas Department of Criminal Justice - Office of the Inspector General, and the Travis County District Attorney’s Office. During his 32-year career with the Austin Police Department, Manny worked as a special weapons and tactical officer, served as a police academy instructor, was assigned to the Organized Crime Unit, Homicide Unit, and the Homicide/Cold Case Unit. Manny spent eleven years as a homicide detective where he investigated numerous high-profile cases and provided instruction of death investigation for universities, fire department academies, emergency medical personnel paramedic academies, and the Travis County District Attorney's Office. Manny is known across the state for his expertise in digital forensics and has testified as an expert witness in multiple court proceedings. He has attended three Advanced Forensic Training courses at the National Computer Forensic Institute and has examined thousands of digital devices throughout his career. In 2001, Fuentes was recognized by the Austin City Council for his work in the release of two wrongfully convicted people for a 1988 murder of an Austin restaurant employee. His efforts were depicted in the 2011 Investigation Discovery television show, “I Didn’t Do it”, and the 2002 Forensic Files, “Forever Hold Your Peace: The Nancy DePriest Case”. Manny received a Bachelor of Science degree in Criminal Justice from Park University, is a member of the International Homicide Investigators Association, the Association for Crime Scene Reconstruction, and the International Association of Computer Investigative Specialists. 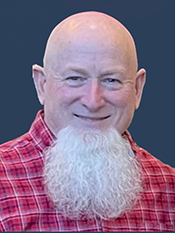 Dennis Gafford began his career with the Houston Police Department at the ripe old age of 19. After working in the Patrol Division, Dennis progressed through the Department, later joining the Narcotics Division as a member of the newly formed Forced Entry Team while combining this role with undercover assignments and operating as a narcotics case agent. Within a few years, Dennis was promoted to the rank of Sergeant and was assigned as a homicide detective during a time when Houston experienced 800- plus murders a year. Coupled with the investigations of murder, murder for hire, kidnappings and police-involved shootings, Houston’s homicide detectives quickly mastered all aspects of homicide investigation and the proper documentation and presentation of facts/evidence in the courtroom. Dennis promoted to the rank of Lieutenant working with both the Homicide Division and the Narcotics Division before taking over the Internal Affairs Division’s Proactive Unit for five years addressing public corruption and ongoing criminal activity by police officers. Dennis returned to the Narcotics Division as the Operational Commander of a HIDTA Task Force – the “Targeted Narcotics Enforcement Team”, working large-scale drug trafficking organizations. Dennis has a BS in Organizational Leadership and is a 2006 graduate of the FBI National Academy - Session #225. Dennis retired in 2011 after 32+ years with the Houston Police Department to join Darling Ingredients Inc, an international corporation, as a Security Coordinator. Dennis’ son Marcus is a Houston PD SWAT Operator, and his son-in-law Kevin, is a Houston police officer assigned to Houston PD’s Bomb Squad. 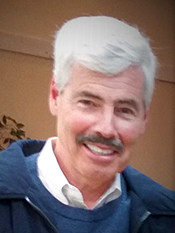 John Silva began his 30-year career with the Houston Police Department in 1981. The late 1980’s and early 1990’s was a violent era in Houston. In 1991, the city of Houston recorded 701 homicides, in addition to over 12,000 aggravated assaults. During this period, John spent seven years as a detective sergeant and later as a lieutenant where he was fortunate to learn from some of the premier investigators who were assigned to the Houston Police Department’s Homicide Division. Together, they worked on the mounting number of homicides, assaults, and officer-involved shootings impacting the Houston region. During the 1995 Texas legislative session, John was the department’s liaison providing testimony in support of criminal justice legislation designed to keep Texans safe. From 1998 to 2004, John served as the Houston Police Department’s chief of staff overseeing operations within the Office of the Chief of Police.  Later in his career while assigned to the department’s Criminal Intelligence Division, John managed sensitive investigations involving threats to law enforcement officers and public officials. Following his retirement from the Houston Police Department, John worked for BP, a global leader in oil and gas exploration and production.  While at BP, John was the Director of Investigations during the aftermath of the Macondo oil spill in the Gulf of Mexico. John has a bachelor’s degree in criminal justice from Northeastern University in Boston, a master's degree in psychology from Sam Houston State University, and is a graduate of the FBI’s National Academy.